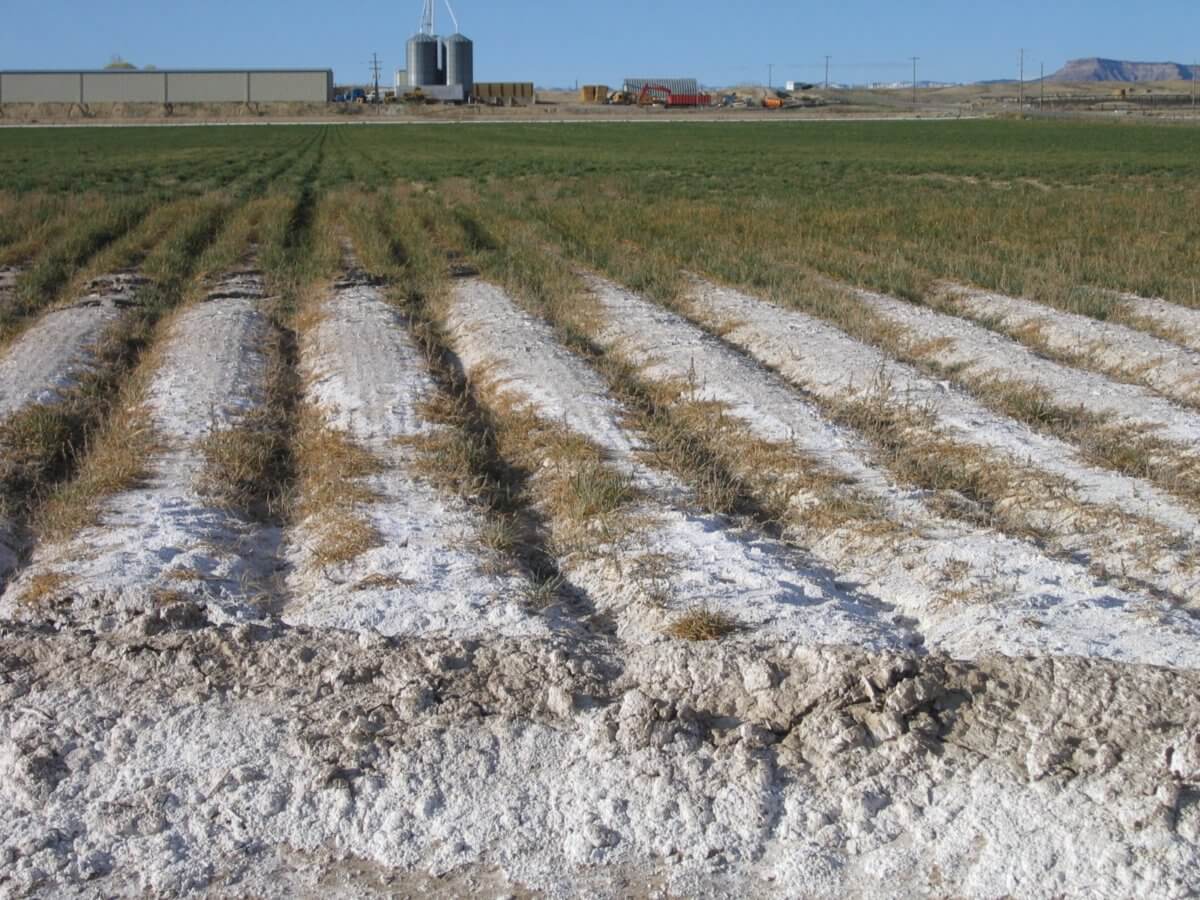 Electrical conductivity (EC) is the most common measure of soil salinity and is indicative of the ability of an aqueous solution to carry an electric current.? Soil salinity refers to dissolved salts such as sodium chloride, calcium chloride and magnesium chloride. The salts may not only be chlorides but carbonates as well. Fertilizers such as nitrates do not have strong conductivities therefore the EC measured in a soil is primarily attributed to sodium.

Salt (or specifically the dissolved ions in solution) is the primary component of the soil matrix that conducts electricity. While EC is highly dependent on the level of soil salinity, it will also rise and fall with soil moisture.

The effect of EC on the moisture available to a plant’s roots is great.?The buildup of salinity in the soil is typically not beneficial to crops, grasses or the microbial community in the soil. Soil salinity also affects the soil hydrology. Plant diseases and pathogens, reduced crop yields or even crop failures may occur from excessive soil salinity, therefore the proper monitoring of soil salinity will help ensure the health of crops.

Soil EC can change dramatically with water content and can be affected by the quality of the irrigation water, fertilization, drainage, and other natural processes. Compaction, clay content and organic matter, can influence moisture holding trends over time, also affecting EC capacities in soil.

The EC in soil is more complex than it is in a water sample and can be difficult and confusing to interpret. The bulk soil electrical conductivity (σb) is the EC of the undisturbed soil/water/air matrix and is the parameter measured by soil sensors. It is important not to confuse the bulk EC with the soil pore water EC (σp). Soil pore water EC is the electrical conductivity of the water in the pore spaces of the soil. Because the pore water EC may be difficult to directly measure, a soil slurry can be prepared by taking one part dry soil and two parts distilled water and measuring the EC of the water extract from the slurry. The EC of the extract (ECe?or σe) is the parameter traditionally found in soil science or agriculture literature because is relativity easy to measure and provides an “apples to apples” comparison of soil salinity conditions. 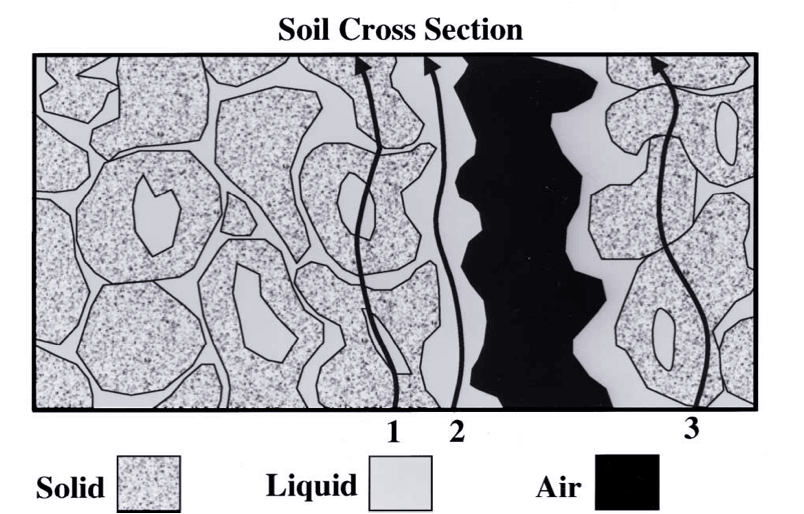 Pathway 3 is the electrical conductivity of the soil particles. Like the other pathways, the contribution of pathway 3 is influenced by a number of factors that include bulk density, soil type, oxidation/reduction reactions and translocation of ions.

While it is difficult to make apples to apples comparisons with the bulk EC, we can identify certain benchmarks. For example, if the soil moisture reaches a threshold such as field capacity, the bulk EC can be recorded at that threshold to make a comparison. This would be useful in situations where soil salinity is a problem and monitoring is necessary.

In some circumstances, the pore water EC can be estimated from knowledge about the dielectric permittivity of the soil (Hilhorst 1999). This equation allows us to make comparable pore water EC estimates from bulk EC measurement in most soils: